Veteran’s Day need not be a politicized holiday. Looking back at these amazing photos that are the greatest gift my father left us, I see Americans fighting oppression and tyranny. I see the great nation and people of France so devastated yet only weeks after the end of the war the smiles have returned to many of their faces. Veteran’s Day is a day to remember what binds us all together, the valor of generations of young people to protect fellow humans. I am proud to say that my dad was a veteran of World War 2 along with his brother, who landed in Normandy 24 hours after D-Day, and their dad before them was a veteran of World War 1. 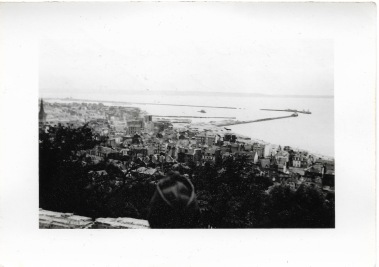 Le Havre & her harbor from the distant hill at Camp Home Run.Bernard McKenzie,

German PW’s are completing work on a volley ball court. Soon after they finished we played a game. 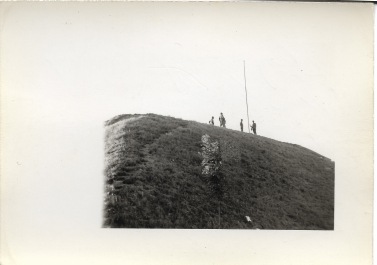 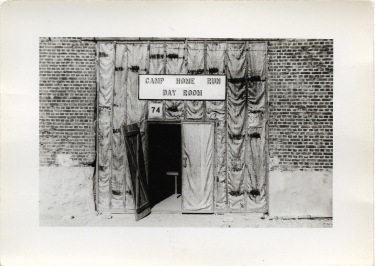 At Camp Home Run–near Le Havre, France–we had all the service one would want. French girls served us in a cafeteria manner.