For US soldiers in mid 1945 the long journey to the French coast must have been fraught with a mixture of haunting memories, national pride, and both angst and excitement about returning home. To help organize the mass exodus from the European continent, the US Army created an Advanced Rating Score to help make sense and order of the process needed to return nearly 2 millions GI’s home. When they finally arrived at their exodus point (in the case of my father Bernard McKenzie it was Camp Home Run just outside Le Havre, France) they were met everywhere by destruction and even more waiting, with some stuck for up to a year waiting for their name to be called to board a ship home. 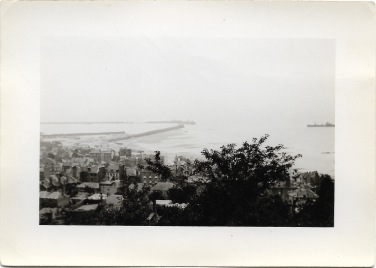 On a high cliff overlooking the remains of Le Havre. The harbor and a lone ship in the distance. 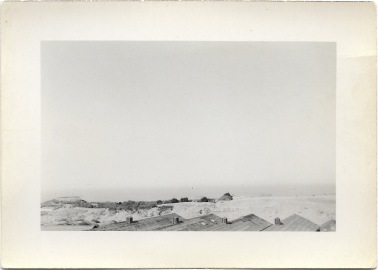 From atop the high fort and looking out to the ocean. Le Havre.

This sector and this only received only a limited amount of bombs. The bombed area is in the background.